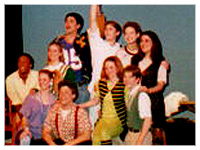 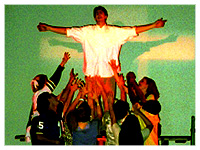 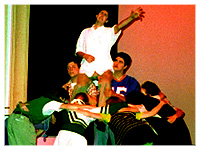 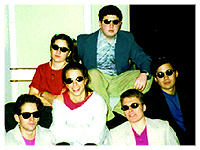 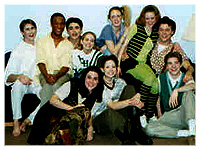 Do you remember the 80's?? As a child of the eighties, I have many fond memories of this unmatchable decade. That was the time when Atari was still high tech and The Cosby Show was the best thing on t.v. To us, Ghostbusters and the Karate Kid are classics and nothing matches The Goonies. Big Wheels and Legos could occupy any afternoon and we'd wake up early to watch The Muppet Babies and The Smurfs on saturday morning cartoons. Remember Garbage Pail Kids, they were cool back then, but somehow friendship bracelets and jean jackets were cooler. A simple blanket could make any table a castle and with a little imagination you were its ruler. Crimped hair and side ponytails were hip and Jams were considered rad, Madonna was the Material Girl and Michael Jackson was "Bad." As kids, we didn't need computers, emails, or cell phones, just a park to play in and a tree house to call home. Anyone could be Wonder Woman or He-Man in their trusty Underoos, and we could play till dawn with nothing to lose. It's funny, we didn't know that Star Wars was more than just a movie or that our president was shot. To us, we were fine if the skies were clear and the sun was hot. As kids, life was simple.

What we have here tonight is the greatest story of all time. The story of Jesus Christ, a man who not only died for our sins, but showed us about life and how to live it. This story is so great that its majesty transcends both genre and generations. It has formed and reformed families, towns, and nations. Yet, beyond all the lights, singing, and dancing, you will see tonight that there is something very simple. Just a simple story with a simple message. This message may seem complicated, impossible or even unattainable, but, in reality, it's not. The message is simple. Simple enough for the oldest grandparent and the youngest child to embrace and delight in it.